NDA and Confidentiality Agreements in Italy

NDA and confidentity agreements are used in Italy for a variety of purposes in connection with corporate, commercial, technical or financial deals and transactions. By signing a non disclosure agreement, NDA, confidentiality agreements (in Italian, “accordi di riservatezza”) generally the parties undertake not to disclose the information identified in the agreement, information which may be unilaterally provided by a party or mutually exchanged for a purpose which is defined in the same agreement.

The text of these contracts is often provided by a party in a sort of standardized form. Sometimes they are negotiated and signed between the parties, without the support of legal departments or lawyers. Hereinafter, you will find when and how to use this kind of agreements in Italy and how to avoid some risks you may face if the contract is not correctly drafted.

When you should use an NDA in Italy

Confidentiality agreements should be used:

When NDA are not necessary

In Italy, there are situations where the commitment to confidentiality is already provided for by the law. The consolidated Italian banking law and the laws regulating the profession of lawyers and accountants provide for such a duty.

Company employees are also required, by law, to respect confidentiality during the course of the employment relationship. Art. 2105 of the Italian civil code prohibits the worker from disclosing information relating to the company and its production methods, or to use them in such a way as to harm the employer.

When NDA are appropriate

However, specific non-competition and confidentiality agreements may be envisaged for certain professional figures such as, for example, employees in the research and development sector, managers and commercial officers.

Without such agreements, an employee can change company and use previous knowledge, for the benefit of the new employer. Italian courts have often dismissed unfair competition actions against directors and employees who, hired by a competitor, had transferred important commercial information which had lead the new employer to  acquire customers  and suppliers of the former employer.

The courts have considered that the use of knowledge acquired by employees and directors for the purpose of carrying out similar activities for another employer – even a competitor – constitutes lawful conduct in the absence, at least, of a written commitment to confidentiality (see Tribunal of Bologna, judgment no. 733/2018).

What elements of the agreement to pay attention to

A well-written confidentiality agreement must identify:

The object of the NDA

The information that the parties consider confidential must be clearly identifiable by virtue of the agreement.

They do not need to be secret or protected by industrial property rights or copyright (i.e. in the case of software), nor be particularly original. Information already known to the other party or in the public domain is an exception.

Definitions that are too broad and vague do not guarantee protection: Italian judges may consider such clauses indeterminate and therefore null or interpret them restrictively, limiting their effect and protection (for a specific case, see Tribunal of Milan, section of companies, judgment no. 1826 / 2018).

The duration of the confidentiality

The duration should always be specified in the agreement. In general, it can range from 12 months for the evaluation of the purchase of a patent application, to 10 or 20 years for a corporate transaction.

Some agreements are for an indefinite period, except obviously in the case that the information becomes, in the meantime, in the public domain. The clause requiring that information be kept confidential until it becomes publicly known or easily accessible is valid under Italian law and  is consistent with the rules laid down by Articles 98 and 99 of the Italian Industrial Property Code, concerning the protection of trade secrets for an indefinite period of time, so long as the information  is kept confidential.

Accordingly, in Italy, confidentiality agreements, unlike non-competition agreements, do not have a maximum duration established by law. However, limitations regarding the duration and the possibility of entering into such agreements may exist, on the basis of antitrust legislation, for companies in a dominant position or operating in specific sectors.

It is possible and also advisable to specify the additional obligations of the parties to a NDA: depending on the case, the parties may be required to destroy the confidential information received and to provide proof of the destruction or to return the documents and, also, to maintain confidentiality also for an additional period, after the termination of the agreement.

Confidentiality agreements generally include – but do not necessarily contain – penalties in the event of a breach.

The pros of the penalty clause is that it:

Conversely, if the penalty clause is poorly written,

In fact, under art. 1382 of the Italian civil code, the penalty clause is the clause by which it is agreed that in the event of non-fulfillment or delay in fulfillment, one of the contracting parties is required to perform a specific obligation, generally the payment of a lump sum of money. The advantage is that the penalty is due regardless of the proof of damage. However, the penalty clause has the effect of limiting the amount due for damages, if the right to compensation for damages exceeding the amount of the penalty is not dealt with in a specific clause of the agreement.

In the event of a breach of the confidentiality agreement, generally the non-breaching party is entitled to terminate the agreement, to enforce it by order of the judge, and to claim damages.

If the information disclosed or used in breach of a confidentiality agreement qualifies also as a trade secret protected under Articles 98 and 99 of the Italian Code of Industrial Property, the legitimate holder will be entitled to all the remedies normally available to IP rights holders, including:

The risks of confidentiality agreements: 3 examples in practice

A) A company that produces machinery is often required by its customers to sign their confidentiality agreements.

Often, these contracts are signed in a hurry without any legal review and, in some cases, they may contain abnormal clauses, for example, the assignment of all rights on the supplied machinery to  the customer, including the right to patent it.

As a consequence the manufacture had to renounce to patent the machine sold because of such a clause in the confidentiality agreement, clause that a review by a lawyer or a legal department prior to signature would certainly have corrected.

One of these suppliers of A transmits the confidential information to a competitor of B. Customer B terminates the supply contract with A and obtains compensation for damages from company A for breach of the confidentiality agreement.

C) Finally, in an international context, it often happens that, due to the lack of coordination, initial confidentiality agreements and subsequent contracts signed by the same parties are subject to different laws and jurisdictions. So, there is a risk that, in case of controversy, the parties will trigger a double international dispute in two different jurisdictions. Here, too, the problem can be overcome with a legal review and better coordination of the contractual documents being negotiated.

NDA in Italy are valid and enforceable and are not subject to any limit of duration established by law. The parties are free to choose both governing law and jurisdiction. The parties are also free to provide for arbitration, either domestic or international.

Under Italian law, it is possible to use broad definitions of information submitted to  a confidentiality agreement.

However, to prevent an Italian judge from qualifying such broad definition as a style clause and considering it unenforceable, it is highly advisable to specify the typologies of confidential information actually intended to be disclosed between the parties.

When a penalty is contractually agreed, it is generally enforceable. However under Italian law the judge may reduce the amount of compensation if it is manifestly excessive, considering the interest of the disclosing party.

International contracts and Coronavirus from an Italian perspective

The COVID-19 coronavirus and emergency decisions from authorities in various countries, including China and Italy…

1) What are the general features of the limited liability company (S.r.l.) in Italy? 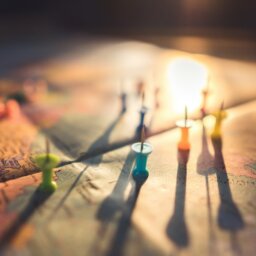 Foreign Company operating in Italy: the procedure to follow

In order to meet the needs of the Italian or European market, many foreign companies operate in Italy in some… 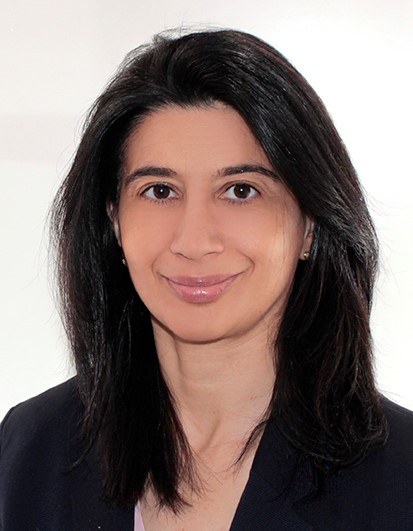